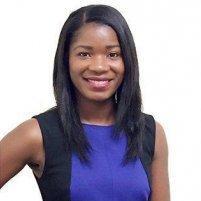 Hammertoes are a common foot ailment, especially among women, and they can be treated easily and successfully. Dr. Adejoke Babalola, the Podiatrist of Perfect Footcare in New York City has extensive experience in alleviating this painful condition, from early onset to more advanced cases, always with an eye toward long-lasting, pain-free results.

What are the symptoms of hammertoe?

Hammertoe is a contracture or bending of one or both joints of the second, third, fourth or fifth toes (all except the big toe), usually occurring in the middle three toes. Hammertoes form because of an imbalance in the muscles or ligaments surrounding the toe. This abnormal bending can put pressure on the toe, especially when wearing shoes, causing painful problems to develop and, in severe cases, the toe can freeze up, unable to bend because of alignment issues.

Common symptoms of hammertoes include:

What is the treatment for hammertoe?

Depending upon the degree of the hammertoe, Dr. Babalola may recommend several treatments, including:

Dr. Babalola has had great success treating severe hammertoes with minimal incision surgery where a small piece of bone is removed and the joint realigned. Typically, the surgery doesn’t require hospitalization.

Can I prevent hammertoe?

There are many ways to protect yourself against hammertoes from forming, such as:

We accept the majority of health insurance plans. Please call our office if you do not see yours listed or have any other questions.